Is Lankford Another 'Romney'? 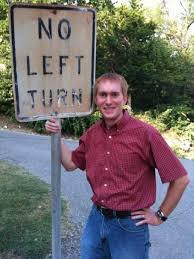 Too late.....
DOES OKLAHOMA HAS ITS OWN VERSION OF MITT ROMNEY IN D.C.
LET THE RECORD SPEAK
THE WATCHMAN
The junior Senator from Oklahoma is not showing much party loyalty these days. We are beginning to doubt if he has ever showed much party loyalty. As if he just wants to give known socialist a full briefing of all the secrets of this country. It forces us to ask Senator Lankford what are you thinking?
We found this report where Senator Lankford promised to help alleged President elect Biden gain access to classified information. The Senator has either a noticeably short memory or has forgiven the Obama administration entirely. His complaint that the administration will not meet with the candidates team rings even more hollow when one considers that as vice president, Joe Biden was part of the group that allegedly blocked access to sensitive information to members of the incoming administration.
Read more »
at 11:44 PM No comments:

ARE THE CANDIDATES WORTHY OF YOUR VOTE 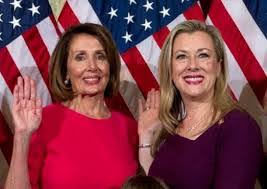 ARE THE CANDIDATES WORTHY OF YOUR VOTE
THE WATCHMAN
From the very beginning, we want to be clear that this is something that all candidates at every level of politics, regardless of political affiliation do. Accepting donations from friends and relatives from out of state is perfectly legal. Accepting donations from corporations, political action committees and unions is also perfectly legal.
,
An example of what we feel as unacceptable is a Republican politician in Oklahoma accepting contributions from nearly all the Native American Tribes recognized by the federal government and not lifting a finger to write a piece of legislation to assist them. He is the subject of a later story.
But was is chilling is once again foreign money has been detected entering the campaign funds of one political action committee and being distributed to Democratic candidates this time without the candidate’s knowledge. That is a violation of campaign finance law. This is a matter of grave importance to every single voter not just in Oklahoma, but in the Nation. The Federal Election Commission is investigating.
Read more »
at 11:08 PM No comments: 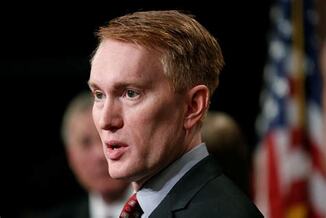 WELCOME TO THE LANKFORD FOLLIES.
YOU SHOULD BE GLAD HE ISN’T RUNNING THE STATE GOP
THE WATCHMAN
When people elect a person to represent them in the U.S. House or Senate, we expect them to represent us fully despite their individual personal believes especially during the times of a national crisis. When they allow their own beliefs to interfere with the welfare of the people, they represent then other elements are involved. It could be just their own beliefs, or it could be money for their next campaign. That is not what we are here to decide. This article is on some of the various ways that Senator Lankford has made critical errors that do not represent the values of Oklahomans.
We begin with this video from July 3rd of this year where he is walking back a previous statement he made about getting rid of Columbus day. We are not going to argue the point with him except to say both him and all of those arguing for getting rid of it leave one particularly important fact out. There is scientific evidence that the Vikings discovered America a few centuries before Columbus.
We next found this article where Senator Lankford criticized the President on the way he separated children from parents. You can read the article here. It seems to us that anyone with any cursory idea of the situation would realize that the family separation policy was initiated by the Obama administration. It happened while Senator Lankford was in office. Maybe he should study some of the last administrations directives to give him a better understanding.
We next went to this site and looked at his Wikipedia page. There is a lot of good information on this page. You can get a lot of information on his background.
We then found this article that shows that the Senator is against gun control and raising taxes. Both those items we can agree with him on.
Read more »
at 2:07 AM No comments: 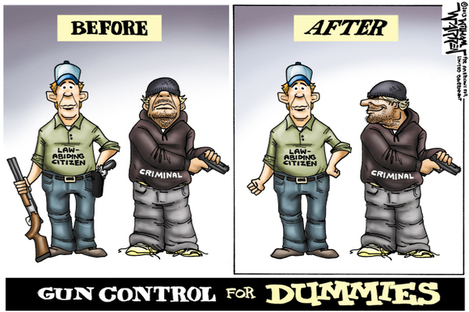 THE GUN GRABBERS ALMANAC
HOW RELIABLE IS IT
THE WATCHMAN
There is no denying that racial tensions have been high across the nation for the last ten days or longer. What many of you miss is that it is also undeniable that this tension is being stoked and used for political gain. The combination of the two has turned into a deadly affair for many police officers, store owners and individual innocent civilians across this nation. We are now hearing an even deadlier tone from the crowds. A tone that would call for the complete anarchy in this country. A tone based on a narrative that is broadcast and published daily by the mainstream media, and sadly it is pure propaganda.

For those of you who have not realized it yet, there is a massive power struggle going on in this country. It is not just between the Democrats and Republicans; it goes far beyond that. It is the deep desire to take guns away from ordinary citizens. That desire stems from an even deeper desire to control every aspect of your life. They do not want you to have liberty. They want you to do what you are told and shut up. Their biggest ally in their quest is the mainstream media. They will tell you what they want you to hear and not the truth in any matter.
Read more »
at 1:12 AM No comments: 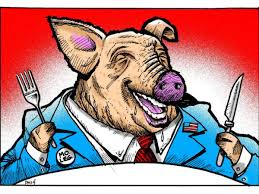 ON TOP OF A MASSIVE PAY RAISE, THEY NOW WANT TO BE ABLE TO SPEND CAMPAIGN FUNDS ON PERSONAL EXPENSES

We have always known that politics has always been a dirty business. If you ever wanted to know what was happening all you needed to do was follow the money. There was a time when influence was bought by corporations using their own money but now, here in Oklahoma, they have found a way to use the taxpayer's money to buy that influence. We honestly thought things could not get much worse, and thankfully, for this year anyway, they did not.
Read more »
at 4:16 PM No comments:

HAVE THEY NO SHAME? 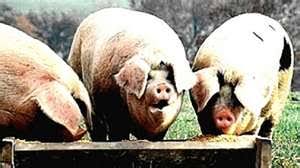 IN THE MIDST OF A PANDEMIC AND BUDGET CRISIS THE LEGISLATURE GIVES THEMSELVES
A HUNORMOUS PAY RAISE
HAVE THEY NO SHAME?
THE WATCHMAN
Many people in this nation feel that politicians turn a death ear to those they are supposed to serve. Politicians in turn do not understand why their constituents are not pleased with their performance. Those of us who study politics wonder why if people are so unhappy about their performance why they keep voting for them. What is particularly troubling is when they allow something to happen during a fiscal shortfall and claim there was nothing, they could do to stop it. The only people they are fooling are themselves.
What brought our attention to this story was this article from News Channel 9. Now here we are in the middle of a pandemic, thousands of people unemployed, scraping to get buy and our alleged leaders who are supposed to work for us are giving themselves a 35% pay raise. Have they earned it, not in our book. Do they deserve it? No way in hell. Could it have been stopped? Yes, if they had wanted to. If there was ever a reason to vote people out of office this is it. It appears that they feel that just because tax revenue is down, and the state's budget has been cut that they deserve a pay raise.

The Origins of Wuhan Flu 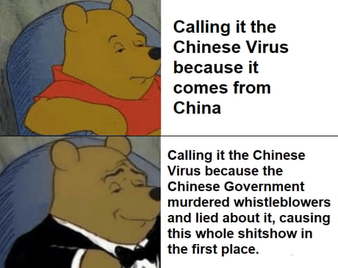 In this current pandemic we find ourselves in there are many rumors and tall tales of what is actually going on. Strange things are even happening in politics when you have two staunch anti- President Trump governors actually praising the president for all of the effort and assistance that is being put in to fight this illness.

So much is being said about this issue that it’s hard to know what the truth is and what is fiction. Those of us who do this everyday have a hard time distinguishing the truth from fiction. This story is about such a case. We will leave it to our readers to form their own opinion.
Read more »
at 3:00 PM No comments: 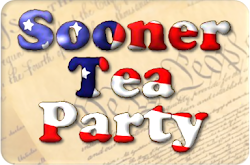 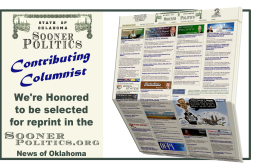 Keep up with the issues and events 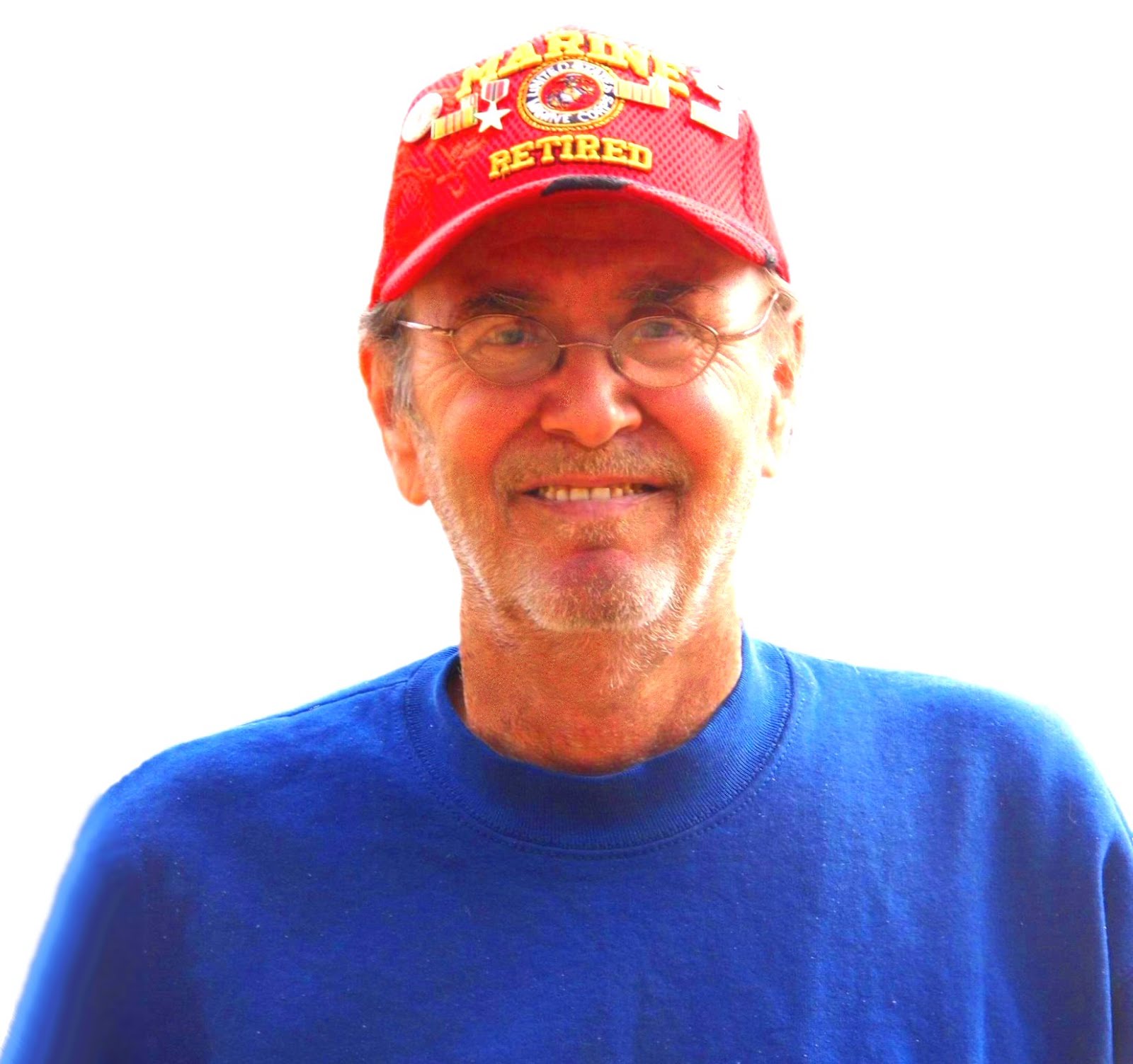